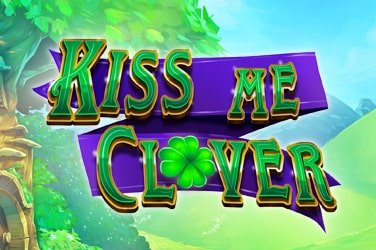 Crusader slot game from Elk Studios provides Las Vegas Casino players with some truly brilliant graphics and a range of bonus features, such as reel expansion, that will help make them feel as though they have gone into battle for something that is certainly worthwhile.

The visuals and graphics that have been used for this Crusader video slot are of an exceptional detail, especially with the backdrop provided as it gives off some rather impressive visuals. Las Vegas Casino players will be transported back to a time when crusader wars were fought in ancient England, with a rather picturesque setting showing a rather rocky terrain, and one that is filled with grass, as well as traditional castles and banners.

As Las Vegas Casino analyzed, the game icons on the playing grid have all been provided with some rather great detail, and many that are available on the paytable consists of things that can be found suitable to the period. Items include playing card royal values, which consists of J, Q, K, and A, and then are followed by the green amulet, the blue shield, the red amulet, a sword, a treasury and a golden cup.

As Las Vegas Casino also analyzed, Crusader slot game features a playing grid that consists of 5 reels, and 4 rows and has a total of 26 different paylines, with each of these being fixed. There are a number of different betting strategies that can be used, that also alter the wagers that are placed on the spin, although there are no guarantees that one will provide more wins than the other.

All Crusader casino game players need to do in order to trigger a win from the aforementioned icons on the paytable is to land three or more of the same symbols from left to right.

The Wild symbol of this Crusader slot game, which is represented by the word ‘wild’, can act as a substitute icon, and will be able to replace all icons on the paytable to help form a win, where possible, excluding the expansion symbol.

The Wild in Las Vegas Casino’s slot Crusader is also represented by a medieval crusader, and this symbol will only appear on the far right, and far left grid reels and will provide Las Vegas Casino slot players with respins until it moves into full view. They may appear simultaneously, or they may appear by themselves.

If the two crusaders are completely stretched over the two reels, Crusader slot game players will receive 8 free spins. The expansion symbol will extend the reels and will land Las Vegas Casino players a free spin. When this happens, the grid will expand to a maximum of 12 rows; although this is not guaranteed. The expansion symbol does only feature on the three middle rows, though.

Las Vegas Casino’s game players can place a bet from as low as €/£/$0.20 or as high as €/£/$100 on each spin that they make in this Crusader online slot. Elk Studios have provided a return to player rate (RTP) of 96.1%, although there is a high volatility level attached with Crusader slot game, which means wins may be infrequent, but can be rather rewarding when they do land.

Slot players at Las Vegas Casino looking to go back to Middle Earth and play a classic English battle will love this Crusader online slot game from Elk Studios.

The addition of the expansion symbol, as well as the two wild icons, only helped to make this game even more appealing and will help make those willing to go into battle feel all the more incentivized.