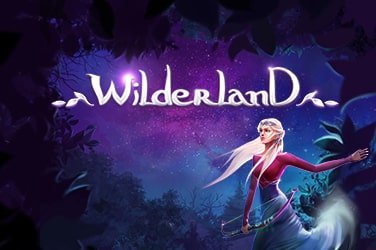 Few games developers have the sort of reputation that NetEnt can boast, and this high profile games innovator is well represented in the library of top games at Las Vegas Casino, which includes this enchanting elf-themed slot.

Wilderland slot game features a five-reel and three-row layout, with 20 paylines. Wilderland slot game offers a wide range of staking levels, from as little as €/£/$0.20 to as much as €/£/$1,000 per spin, and it has a competitive RTP of 96.16%, making it one of the more player-friendly games available.

Wilderland slot game has an enchanted woodland theme, in which Elven magic features prominently. In Wilderland slot game, set against a dark forest backdrop, there are various symbols including spades, diamonds, hearts and clubs, in the shape of leaves. You will also spot necklaces, pendants, bows, arrows and foxes on the reels, which spin accompanied by a magical soundtrack. There is also a high paying Elven princess icon that can land you up to six times your original stake when it appears across the reels.

There are three main features in Wilderland online slot game, the first of which is triggered when you see an Activation Zone appear in the middle row of the screen. If two or more Wild symbols land in this zone, the Forest Treasure feature is triggered, and the wild icons will then turn into Walking Wild symbols. There are four types of Walking Wild icon, and each of these shifts one reel to the left on each spin.

In Wilderland video slot game the appearance and disappearance of an expanding Walking Wild on the first reel can trigger the second bonus feature, the Magic Wild. In this feature, the disappearing Wild icons can turn up on the fifth reel, leading to more spins with stacked Wilds.

Finally, In Wilderland online slot game, the Free Spins bonus is launched if you can land three Scatters or more across the reels. This will then trigger the appearance of a Walking Wild symbol on the middle row of the fifth reel, bringing you a Free Spin. Each additional Scatter will give you another Walking Wild or two Walking Wilds on your opening First Spin. To increase your potential winnings further, the Activation Zone will cover all three of the slot game rows, producing more Walking Wild icons. If two or more of these land horizontally and adjacent, the Forest Treasure bonus feature will be triggered again.

There is no doubt that this is a beautifully designed slots game with an enchanting theme and some player-friendly aspects. The maximum prize on offer is x240 your stake, although to bring this up, you will need to line up Elven Princess icons and apply a doubling multiplier accessed by landing the relevant Walking Wild. Although this doesn’t represent a maximum prize that can compete with some of the bigger rewards in the online slots industry, there is enough to keep fans interested. Overall, Wilderland makes for a pleasing and entertaining online slots gaming experience.

The best selection of online casino slots and table games are here at LasVegasCasino. Put your tuxedo on and walk through our casino pages in the comfort of your home but the same excitement of  Vegas.